Mo Brooks — How Trump can win…

This morning, I delivered the latest in my House floor speech series on Constitutional and federal statutory law that gives Congress (NOT the Supreme Court) final and total control over who wins, and who loses, presidential elections. pic.twitter.com/szoWFcJUAc

Mo Brooks — How Trump can win

In his first contest, back in 1982, 11 out of 45 voting machines used in his state House district were rigged to block a vote for the Republican. Fortunately, enough poll workers realized the problem and let his supporters mark their vote on a sheet of paper hung on a wall.

He won with 57% of the vote, and he has gone on to win more state general elections than any other current Alabama politician. It helped make Brooks a student of election fraud, and he believes the 2020 presidential race was rigged and that President Trump was robbed of victory. “We know the results are wrong. What we don’t know is how bad wrong,” he told Secrets. Today I sent a letter to my Congresswoman. One I am sure will never be read. They do not care about regular people.
I asked for her to propose a bill to officially abolish the F B I.
I will not get into the very very long list of reasons, I am sure the massive majority of you understand all to well the mis-deeds and political corruption at the core of the agency. They are no longer held accountable, or made answerable to, nor any longer represent, We The People.
This is simple work for the “little citizen”, with fortitude and simple determination via email, word of mouth, and standing firm in this position, we can turn a breeze into a hurricane.
I ask everyone able, to write your congress person, Senator, local reps, speak to your family and loved ones, neighbors, friends, hit the comment board any chance you are able, and begin whole-heartedly demanding and calling for, the abolishment of the F B I.
This is the ultimate NON-VIOLENT opposition to a corrupt, biased, unequal use or investigative and arresting powers.
PLEASE, write the letters, do what you can, every person promoting this is a warrior our nation needs.
It is long past time.
If everyone that responds could stay on the topic of abolishing the FBI (a good start), and at the beginning or end of your comment list just one thing you remember the F B I as doing shady, or for the benefit of their political allies. Try not to copy others’, for there is a very long list of options. I will go first.
The F B I “investigation” of Seth Rich’s murder..


You will see this post again likely, as now is the time, if ever, for us to promote this bill to abolish the F B I.

… trouble is, the elected officials we need to write to, are the very people behind the curtain, who rigged the election. Pelosi, McConnell, Schumer McCarthy, this isn’t the first election they’ve rigged. It was our legislature, both sides of the isle, in collusion, doing a little horse trading, to deal themselves a reelection, and deal out President Trump –

Actually a much bigger problem….. https://www.youtube.com/watch?v=Ypb-4V77N7g

Yes get rid of the crooked FBI. The whole Federal Leviathan needs to shrivel up or go away altogether.

Legislators are not used to hearing from voters, because most people care not. Any type of communication will be read by them. Sometimes you get a reply. Be respectful but use your time to make a point. To respond to this article: Pennsylvania (20) and Georgia (16) are both basket cases for the electoral college. If deemed invalid by the SCOTUS, take away 36 electoral votes. Wisconsin is the wild card. A recount in Wisconsin could go to the Republican candidate. Neither candidate would have enough electoral votes to win. Send it to the US Congress. Read the rules laid out in the Constitution.

https://www.youtube.com/watch?v=Ypb-4V77N7g FYI…..a video by a Yugolavian woman who spells out the problem in logical clarity (as opposed to the pundits in media and politicians, none of whom, apparently would give a similar synopsis). We ultimately may not have a choice. Please read and pass on.,

I keep searching–in vain so far–my Constitution for the part that authorizes congress to establish a national police force. Well, gotta get back to work searching . . .

I should have gone to the hunting cabin and got lost the minute I saw Giuliani on the scene.

How about just go there and stay?

Love Mo Brooks. Thank you Alabama for sending Mo to serve all of our shared interests in Washington. Legend!

I am being shadow banned right now, this moment, by either Kane or the feds. A post I have tried to repost 15 times, which was shown as clearly posted to this very thread, actually posted, at 2:05, first in fact, then again time after time until now, just vanishes…..What is odd, is that it shows it post here, no pending or anything.

I just found your comment in the spam folder.

They were placed there automatically by the system.

It must be because you posted the same comment 5 times.

It thought you were spam.

I approved your comments.

I have been relaxed, as this apparently was the same situation of past comment posters who were sent through the grinder, I did not wish to repeat.
I did not re-post it 5 times. I posted it once, then waited as droves of later comments continued to post. I then later re-posted it as a reply to a commenter, only to again see it post and vanish. Then I tried to re-post it more.
You know there was nothing bad in that post. No violence, No derogatory names, No threats, Nothing irrational. Why would that post and only that post, repeatedly go into a spam filter? Since it was the first post on the topic, it had of course not yet been re-posted, why was not every single first comment from every other reader not also immediately sent to spam? Any logical explanation addressing those points will be fine. I just need to know what to do to have something similar, the first time I post it, not be removed after visibly showing it posted, and sent into a spam folder.

I haven’t the slightest idea.

The system puts dozens of legit comments into spam everyday.

Kane – Thank you.
I appreciate that you responded directly. Something not found elsewhere.
Another credit to CFP!

Robert. Automated systems are not perfect. It’s not one guy there watching all comments. Cop the f,,ck on.

I saw your original post which is now removed.

You went way over the line.

What? My O.P. is posted above. I had no other post.
The exact post in discussion is what is posted near the top of this comment thread with I think 60 up-votes and zero down-votes.
Unless there is an impersonator (which I would truly like to know if there was, for my own sake), I absolutely did not go over, or way over, any line.
I think there must be a mis-understanding. The post is clearly visable, un-edited.
I am very confused.

Spam – Through The Grinder: 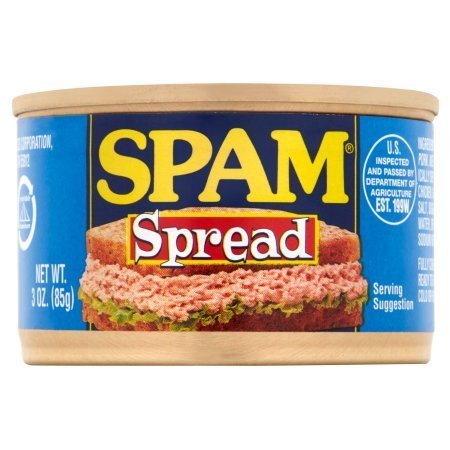 Hey Randy, not everything is a conspiracy. No offense, but take the tin foil off your head. Kane is not the bad guy.

Yes, the logo is photoshopped (blue ballot is added to original logo) 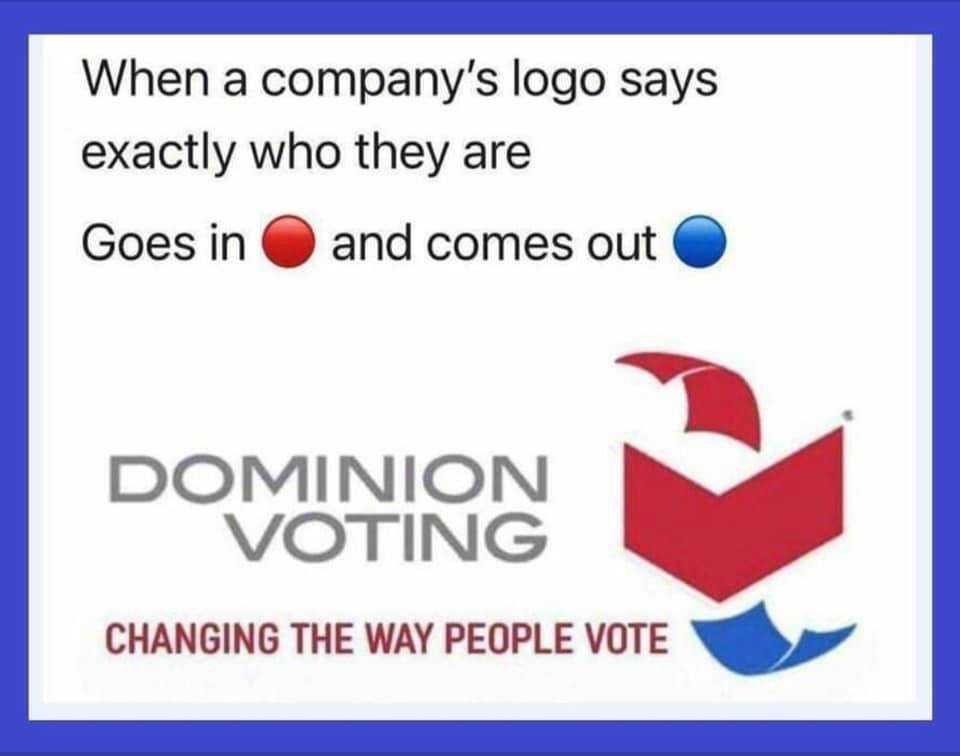 Love that T-shirt in the front row, LGBT: Liberty Guns Beer Trump! The blonde with the long legs ain’t so bad either : )

That’s an actual word for word post I made 2 weeks ago…. Wtf

Other magic happens too. For example, I’d be reading a comment and then a word in a song on the radio comes at the EXACT time that I read the word here.

Wow. If the great Alan Keyes had won that senate seat instead of Obama, the country would have been spared a lot of woe.

Btw, it was in those debates between Obama and Keyes that Keyes challenged him as being born in Kenya and Obama pretty much admitted it as what does it matter for a senate race. Wish someone had recorded that.

No no no. O’biden is duh prezident. The reason I know that is because the MSM told me dat.

Hey, I’ll take anything at this point. Right?

This is getting ridiculous. We are pinning hopes on Mo Brooks pulling out some old boy network bottle of scotch with the Govenor tricks?

There is no way in hell Congress is going to do that. We have a congress that can barely get behind our own bills.

As I understand it, the vote in congress will be by ONE representative from each state. There are a majority of Rs by state.

As if anticipating a contested election due to vote fraud, Pelosi was already looking ahead at the 12th Amendment back in September 2020.

” ‘Instead of giving every member of Congress a vote, the 12th Amendment gives each state one vote, which is determined by a vote of the state’s delegation,’ Pelosi, of California, said to her fellow House Democrats. ‘In other words, how many state delegations the Democrats win in this upcoming election could determine who our next president is.’

The Constitution, Pelosi continues, states that a presidential candidate ‘must receive a majority of the state delegations to win’ in the event that the election goes to the House.

‘We must achieve that majority of delegations or keep the Republicans from doing so,’ she said in her appeal to House Democrats.”

We hope that after all fraud is uncovered that a thousand people will spend the rest of their lives in federal prison !
Extradite George Soros and his son to Russia, Putin is waiting for them !
😂😂😂

That was 1982, Mo, during President Reagan’s first term. Things have changed, and not for the better.

So why hasn’t Mo Brooks endeavored to fix the voter fraud problems… since 1982… so we can have open and fair elections? Another do-nothing GOP-er.

I love Trump, But I love God more. God always wins…and we will prevail.

Wild in the Streets. Not the movie, real-life when it happens.

President Trump has already won… Minus the fraud, our President has 410 electoral votes and the leftist tool has 128, and that’s being generous to the tool. Before we hold another election, voter/election fraud should be made a capital crime, as it is just another form of treason.

Everyone realizes by now that this vote was rigged. Some more than others.

Its All About The USSC

Laws. Is the Hatch Act preventing the FBI looking at the internet hack of Nov 3rd? Are the feds in a box until Jan 21?

Hire Snowden and Assange put them in a Trump property with a computer, they will have all the proof in 24 hours. Then pay and pardon them. The saving of the republic is at stake here.

I love all those people in that picture 10 fold!

Thanks for putting the first part of the article.

You could try copying and pasting the url in http://www.archive.is and read it there once it’s saved.
Also the wayback machine at https://archive.org/web/

In both, if it hasn’t already been saved, there are options for you to newly save a url.

How can trump win ??? He already won, by a landslide !

KANE please check out my meme for our beloved Sydney – hope you like it! https://ibb.co/nc9B4vd